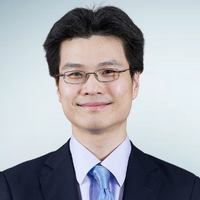 By Peter Chang and Emily Holland

The laws of Hong Kong have always prohibited slavery, but recent developments have brought its modern forms and the city’s existing regulatory framework into focus. We summarize two developments – the city’s first judicial review on human trafficking and its proposed modern slavery bill – below.

ZN -v- Secretary for Justice and others

This case has focused attention on Hong Kong’s efforts to deal with human trafficking and forced labour. The brief facts are as follows: a Hong Kong employer of Pakistani nationality sponsored a Pakistani national to travel to Hong Kong under false pretences (ostensibly to serve as a domestic helper, but in reality to work in the employer’s store where he was also compelled to reside). For over three years, the employer withheld the employee’s passport and wages, subjected him to abuse, and threatened to harm him and his family if he attempted to leave. Ultimately, the employer deceived the employee into returning to Pakistan and terminated his sponsorship in order to avoid paying wages. When the employee returned to Hong Kong seeking unpaid wages, he experienced further threats and violence. He then sought assistance from a succession of government authorities – the Immigration Department, Labour Department and Police Force. None approached his predicament as a possible human trafficking case.

The individual eventually sued the departments before the High Court of Hong Kong. In a process known as judicial review, whereby individuals are granted access to courts to challenge decisions made by public authorities, High Court Justice Mr. Kevin Zervos was invited to determine whether the Hong Kong Special Administrative Region Government (HKSARG) and relevant government authorities’ response to the claimant’s complaints had resulted in a denial of protection under the law – specifically, Article 4 under Section 8 of the Hong Kong Bill of Rights Ordinance (Cap 383) (the HKBORO), which prohibits slavery, servitude and forced or compulsory labour (but does not explicitly prohibit human trafficking). Relying on the jurisprudence of the European Court of Human Rights concerning similar issues arising under the European Convention on Human Rights, Judge Zervos ruled in the claimant’s favour, declaring that in failing to have his case recognized as one potentially involving human trafficking for forced labour, which prevented further appropriate action, his rights had been denied.

More specifically, Judge Zervos held that the prohibitions under the HKBORO would include a situation where a person is trafficked for slavery, servitude or forced or compulsory labour, in spite of the lack of an express reference to trafficking. Next, finding that the existing legislative framework – in particular, Section 129 of the Crimes Ordinance (Cap 200), which criminalizes human trafficking for the specific purpose of prostitution only – was inadequate, Judge Zervos confirmed that the government has positive obligations under Article 4 to enact measures to ensure the prohibition of forced or compulsory labour, including criminalizing and penalizing offenders, and introducing appropriate measures to recognize and investigate such cases upon detecting red flags.

The case is currently on appeal and a judgment is expected in the next few months.

Meanwhile, a draft modern slavery bill authored by, among others, the lawyer who represented the claimant in the above case, is at the early stages of the legislative process. The draft bill was presented by a member of Hong Kong’s Legislative Council to the Chief Executive last year. As discussed here, the proposed law is modelled on the UK Modern Slavery Act of 2015 and would introduce similar requirements on businesses conducting business or part of a business in Hong Kong. More particularly, it would impose an annual reporting requirement on eligible corporations exceeding an as yet undetermined turnover to publish statements on their homepages that detail the steps taken that financial year to ensure that slavery and human trafficking is not taking place in any part of the organization's business or in any of its supply chains – or that no steps have been taken.

However, there are certain critical differences between the UK legislation and the proposed Hong Kong bill.

The draft bill introduces new criminal offenses (including forced marriage and sex tourism) as well as a civil cause of action in tort that could be used to sue any individual or company that: (i) has committed one of the offences referred to in the bill, or (ii) knowingly benefits, financially or by receiving anything of value, from participation in a venture that such individual or company knew or should have known involved a violation of the bill. In theory, if the bill is passed, this provision may open the door to claims based on vicarious liability.

The prospects for the proposed bill remain uncertain. The HKSARG recently published an action plan to address human trafficking and enhance the protection of foreign domestic helpers that does not include new anti-trafficking laws among its measures. In so doing, the government stated that the present legislative framework has served Hong Kong well, providing a suitable and robust legal framework to combat trafficking crimes effectively, a position reaffirmed at a recent anti-trafficking conference.

While the draft bill will certainly catalyse further discussions, the draft bill is unlikely to be passed in the near future. However, the appeal judgment, once handed down, may alter the dynamics of these discussions.