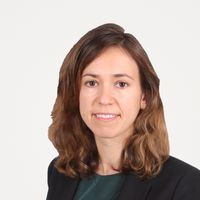 Arbitral tribunals are increasingly being asked to weigh human rights considerations, encompassing social and environmental considerations, against the application of substantive treaty protections.

The recent bilateral investment treaty (BIT) arbitration case of Urbaser S.A. v. The Argentine Republic is one example of a case where a state advanced human rights-based arguments in the context of an investment treaty claim.

The Urbaser award concerned a claim for damages under the Spain-Argentina BIT for the termination of a concession contract for water and sewage services granted to the claimants’ subsidiary. Argentina, in turn, counterclaimed for damages based on the claimants’ alleged failures to invest in the concession. It argued that under the concession contract and the applicable regulatory framework, the claimants had assumed investment obligations that would make it possible to guarantee the basic human right to water and sanitation within the concession area and that by failing to make these investments, the claimants had violated principles of good faith and sanctity of contract under Argentine law and international law.

The ICSID tribunal hearing the claim accepted that it had jurisdiction to determine Argentina’s counterclaim under the BIT but dismissed the counterclaim on its merits.

The tribunal was reluctant to accept the claimants’ argument that the human right to water is a duty that falls solely upon states rather than on private companies. The tribunal observed that in light of international corporate social responsibility standards such as the UN Guiding Principles on Business and Human Rights, “it could no longer be admitted that companies operating internationally are immune from becoming subjects of international law”.

Nonetheless, the tribunal distinguished between the state’s duty to enforce the human right to water under international human rights law instruments such as the Universal Declaration of Human Rights and the International Covenant on Economic, Social and Cultural Rights and the claimants’ contractual obligation to perform the concession contract as a matter of domestic law. Although assisting Argentina to fulfil its obligation to enforce the human right to water, the concession contract did not give rise to positive international law obligations on the part of the claimants, and therefore the counterclaim was dismissed.

This outcome notwithstanding, an obvious takeaway for multinationals is the risk that similar arguments may be raised against them when claiming against states under a BIT.

Going forward, we expect states to continue to raise human rights issues as a “shield” or defence to BIT claims by investors, invoking soft law human rights norms in jurisdictional defences and as a substantive defences to allegations that state conduct breaches BIT-guaranteed standards of protection such as “fair and equitable treatment.” And, following Urbaser, we also expect respondent states to continue wielding human rights standards as a “sword” in the context of counterclaims against BIT claimants.

Companies can help protect their position and pre-empt these types of arguments by evaluating and taking steps to mitigate actual and potential environmental and social risks at the time an investment is made.

This trend was one of five key themes identified in our recent publication. We invite you to read more on the other trends identified here.

Human rights and investment arbitration: what we can expect in 2019
Amanda Neil, Ella Davies, Will Thomas
Recent posts from Freshfields Human Rights